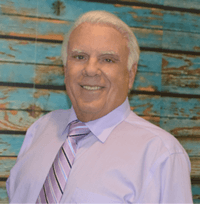 Dr. Brooks was born in Washington DC where his father was a dentist with a practice in Arlington, Virginia. He grew up in Maryland, Virginia, Alabama, Tokyo, Turkey and Madison, Wisconsin. After attending the University of Wisconsin with a major in biochemistry, Dr. Brooks returned to Washington DC, where he graduated from Georgetown Dental School. He became a dentist in the Air Force during the Vietnam War, spending three years in Ramstein, Germany. He then, attended graduate school with the Air Force to become an Air Force periodontist.

In 1972, Dr Brooks, his wife, Barbara, along with their small son moved to Vero Beach where he started his first dental practice. Dr. Brooks has successfully built four dental practices – 2 in Vero Beach, 1 in Sebastian and 1 in Viera. He loves the process of creating a new practice with the latest technology and research. His newest practice in Sebastian will be a small wellness practice focussing on oral wellness and beautiful smiles. 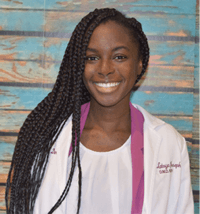 Dr. Joseph was born and raised in Brooklyn, NY and never thought about leaving until her senior year of high school. It was when she started her college search that she learned that there actually is a world outside of the concrete jungle and took a leap of faith and moved to South Florida where she attended Barry University as an honor student in the Biology major with chemistry minor.

She loved Florida so much that she decided to permanently trade in the big apple for year round sunshine and oranges and was accepted to Nova Southeastern University in South Florida to pursue her DMD. She has also brought with her from New York, her high school sweetheart whom she recently got married to in 2017 in their home state. She plans to incorporate her dental medicine and public health background to encourage patients to embrace their total health, and to be involved in the community she lives in and serves. She is very excited to make the final transition to Indian River County and join the Sebastian Dental Spa team!

Norma was born in Tokyo Japan into an Air Force family where her father worked as a dentist. She was bounced around the world after that living in Madison Wisconsin, Rome NY, Ankara Turkey, Concord Massachusetts, and finally landing in Satellite Beach Florida.

After finishing high school in Satellite Beach, she attended college in Pensacola Florida graduating with a degree in Dental Hygiene. She then joined her brother, Dr. H.L. Brooks’ dental practice in Vero Beach, Florida. Norma meet her husband Ed in Vero Beach. He just happens to be a Vero native. She now has two Floridian natives of her own, Lauren, who is also a Dental Hygienist and Scott who is a recent graduate from the University of Florida and would like to pursue a career in dentistry.

Norma likes to spend her time on the water either sitting on the beach, going out on a boat, or swimming in a pool. She recently won the battle against breast cancer and appreciates each and every day with a renewed value of life. 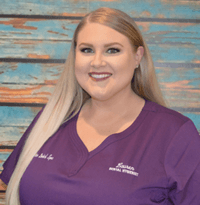 Lauren was born in Sebastian Florida to parents that could not have been more opposite. Her mother is an Air Force brat who traveled the world whereas her father is a native Floridian who enjoys all that Florida has to offer. Lauren is the perfect blend.

She loves to be domestic but has that inner wild child that loves to travel. She has been to Times Square to see the ball drop, traveled to the Caribbean Islands, and loves the serenity of the Carolina Mountains. But the beaches of her Florida home always call her back. She recently moved back to Sebastian from South Florida where she attended college and earned her degree in Dental Hygiene. Prior to that she was a dental assistant and worked for Dr. Brooks who happens to be her Uncle.

Lauren is married, has a “fur baby” named Romeo and a human baby boy named Kroy. She is happy to be joining the family practice once again. 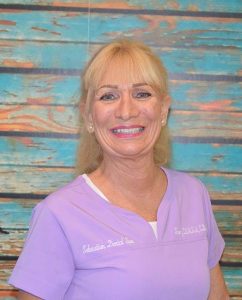 Sherry has assisted in Oral Surgery, Periodontics and all aspects of General Dentistry for over 25 years. Originally born in Michigan, Sherry attended and received her National Board Certifications in Oral Surgery and General Dentistry at Nova Southeastern University College of Dental Medicine in South Florida. Sherry is a strong believer in life long continuing education. She strives to stay current on all the latest technological advances. She has a caring nature that immediately brings comfort to our patients. In her leisure time, Sherry enjoys her family, the outdoors and traveling. 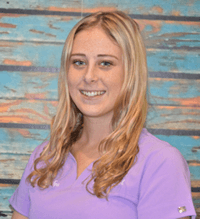 Megan was born and raised in London, Kentucky. She moved to Vero Beach, Florida in 2008 with her mom. From there, she worked very hard in school and was able to graduate a year early. She instantly began working towards her dream of becoming a dentist. She has received her associates degree and has gone through dental assisting school. Her future plan is to complete dental school, become a dentist herself, and hopefully one day open up her own practice. She loves the beach, spending time in nature, and enjoying the company of her family. 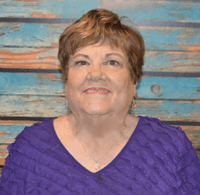 Brenda was born in Washington D.C., but lived most of her young years in McLean, Virginia with her brother Dr. Brooks. Her dad, who was a dentist in Arlington was drafted and thus began a life of travel. Living first in Montgomery Alabama, then Tokyo Japan, and finally Madison Wisconsin where she graduated from the University majoring in English and History. Brenda then received her Masters Degree in education from the University of Maryland, and was offered a teaching job near Annapolis. This job was such an inspiring and rewarding experience that even after retiring thirty years later and moving to Florida, teaching beckoned her again for about another twelve years. She also enjoyed helping her brother at his various dental practices.

Brenda has been married for 54 years and has three adult children. One of her sons is a Dr. of Physical Therapy at Vero Orthopedics, the other son teaches at The Charter High School, and her daughter is a stay at home mom with three adorable boys. Brenda enjoys travel, playing bridge and bunco, going to the beach, and attending the various activities of her seven grandchildren. She is elated to be once again working with her brother, Dr. Brooks and her sister, Norma Howerton.

Ed is a native Floridian. He was born and raised in Vero Beach. He is married and has two children, Lauren and Scott. Ed loves everything Florida has to offer. In his spare time he goes fishing and boating. One his lifelong dreams was to go to the Hawaiian Islands in pursuit of the infamous 1000 pound Marlin. He and his dad embarked on the trip and to no avail, only caught tuna.

His love for dentistry came after marrying into a dental family where the only dinner conversations were about teeth. He was given the rare opportunity to be trained by Dr. Brooks himself and joined the Vero practice over 3 years ago to work in the dental lab. He is looking forward to the Sebastian office and hopes to help patients with their partial and denture needs. 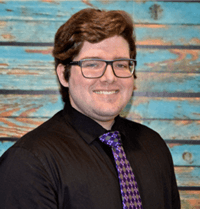